Find the offshore “mine” of Binh Thuan

In a presentation by the Vice President and General Secretary of Vietnam Energy Association Nguyen Van Vy, the potential of Vietnam wind power could develop about 100 thousand MW. In particular, the potential of offshore wind power accounts for 50-60%. However, only one offshore wind project has been approved by the Prime Minister for the Thanglong Wind – the Ke Ga offshore area, Binh Thuan province.

With the power supply being assessed as very difficult, dozens of projects of Electricity of Vietnam (EVN) and 100% of projects with great influence of corporations such as PVN and TKV are all slow. serious progress, the life expectancy of supply from renewable energy power projects becomes more and more valuable.

Evaluation of the President of Vietnam Energy Association Tran Viet Ngai said: “In the target of the total electricity plan VII, the vision to 2030 Vietnam needs up to 20% of electricity output from renewable energy sources (electricity wind, solar power). However, for wind power to be connected to the national electricity system, wind power needs to meet some technical requirements to be connected to the national power system such as: frequency, voltage, current all oscillate according to the wind speed, according to the degree of solar radiation, which means strong, weak, sometimes stopped wind, or when the sun is turned off …

Despite this, Mr. Ngai also believes: “The Vietnam Energy Association evaluates Ke Ga offshore wind power project as a project with high capacity, the first large capacity to be built in Vietnam”. 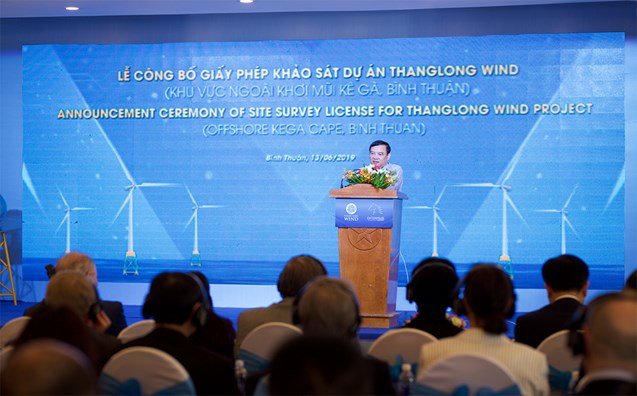 However, with the assessment of the World Bank (WB) that Vietnam is the country with the largest wind power potential in Southeast Asia with a total wind power potential of more than 513,000 MW, 6 times higher than the expected capacity of the electricity industry in 2020 and much larger than the potential of regional countries such as Thailand (152,392 MW), Laos (182,252 MW) and Cambodia (26,000 MW), the expected number of exploitation is really modest. .

A great expectation is putting on the shoulders of the “wind seekers” of the Binh Thuan Offshore Wind Project to optimize Vietnam’s internal resources. Hopefully, with a total investment of nearly 12 billion USD to develop an offshore wind power project, in the future, Vietnam can become a country with wind power projects with the most advanced technology in the world.